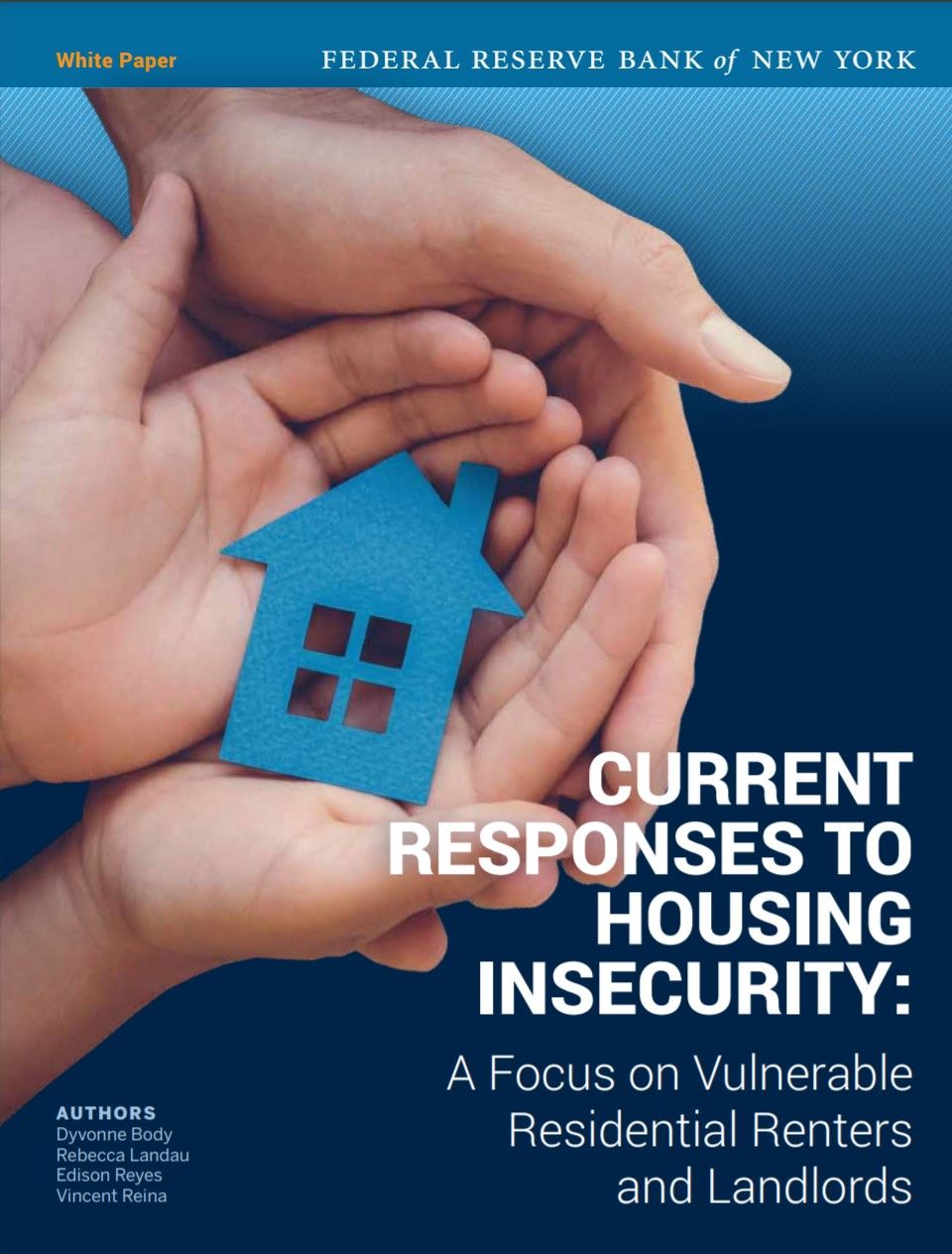 Something I have periodically kept my eye on over the course of the pandemic has been the results of the New York Federal Reserve’s Housing Survey. Amazingly, they just happened to add some questions about evictions to their survey in the time period immediately preceding the pandemic. This is huge because we have very little national level evidence on evictions. As Dr. Haoyang Liu, and Dr. Zhang say in their July 2020 blog post on the topic:

Despite the importance of evictions and related policies, very few economic studies have been done on this topic. With the exception of the Milwaukee Area Renters Study, evictions are rarely measured in economic surveys. To fill this gap, we conducted a novel national survey on evictions within the Housing Module of the Survey of Consumer Expectations (SCE) in 2019 and 2020

That 2020 survey was conducted in February 2020, so it serves as a valuable baseline for what began happening afterwards. But in itself that survey doesn’t tell us much about the overall pandemic experience. Nonetheless, it's worth reading in full. Some valuable information it provides us is some sense of the experience with evictions in the population as a whole and among renters:

It had been a while since I corresponded with the researchers who included these eviction questions in the housing module of the survey of consumer expectations. Since then, I hadn’t seen anything come from the “Liberty Street” blog, so this week I decided to get back in contact with another email. They informed me that they had not included any eviction questions in the 2021 survey. I followed up, surprised, asking why and was told by one researcher that:

One reason was that given the eviction moratorium, evictions would have been rare.

I find this reasoning weak, to say the least. As their own earlier blog post says: “First, evictions can happen outside of the court system. Some evidence even suggests that more than half of evictions are informal, without being ordered by a court”. Out-of-Court evictions would likely be more important under an eviction moratorium which would make the inclusion of eviction questions more important. Even worse, because the CDC eviction moratorium required atestation by renters (and, in addition, their awareness of the CDC eviction protection), court evictions were still very possible. It would be nice to have evidence for how many court evictions still happened, and for how long it took the word to get out about CDC eviction protection.

The missing eviction questions are also strange because the “Federal Reserve Bank of New York’s Community Development Unit” has been extensively covering the “eviction crisis”. They’ve also put out white papers on effective eviction protection, where they bemoan the lack of data. I expect they would have ideas for producing consistent eviction-related housing data in their own survey. That would also serve to provide evidence for the effect of the eviction moratorium as moratoriums expire and the pandemic does (or does not) recede. In other words, including the eviction questions in 2021 would facilitate asking these questions again in 2022. Let alone conducting the survey more frequently in the midst of an eviction crisis.

I debated back and forth with myself for sometime about whether I should write this piece. These researchers have been very forthright and helpful in communications with me. I appreciate the data that their past surveys provide, and think they helpfully contribute to our understanding of evictions. I also have no idea whether they decided not to include these questions, or whether that decision was made on a budgetary basis above them. Nonetheless, I also think it is important to hold the Federal Reserve System to account for its research decisions. I think it is a grave and baffling error to not include eviction related questions, and not make them a regular part of the Survey of Consumer Expectations. I will update you if this situation changes (as I hope it will!)

Nearly 40% (879) of all Ph.D. economists who work for the federal government are employed by the Federal Reserve System—roughly half at the Board of Governors and half at the 12 regional Fed banks

The Federal Reserve Bank of New York alone has more than 4.5 times as many Ph.D economists on staff as the entire Department of Housing and Urban Development. The distribution of Ph.D economists in the federal government does not reflect the relative importance of the responsibilities these institutions have, but rather the happenstance of their budgetary process. Agencies outside of the Federal Reserve system largely rely on annual appropriations for their annual budgets. The Federal Reserve System meanwhile has “budgetary independence”. As I’ve discussed before, this means they have wide latitude to spend as they like, primarily through using the money creation power. The size of its staff relative to the rest of the Federal Government reflects these powers.

In the long term, I’d like to see other agencies get more discretion over their operational budgets — and for the Federal Reserve to get less of it. In the meantime, it is important to be critical of how the Federal Reserve uses its wide discretion, and demand it use it in better ways. One of those ways would be to recommit to a national eviction housing survey.