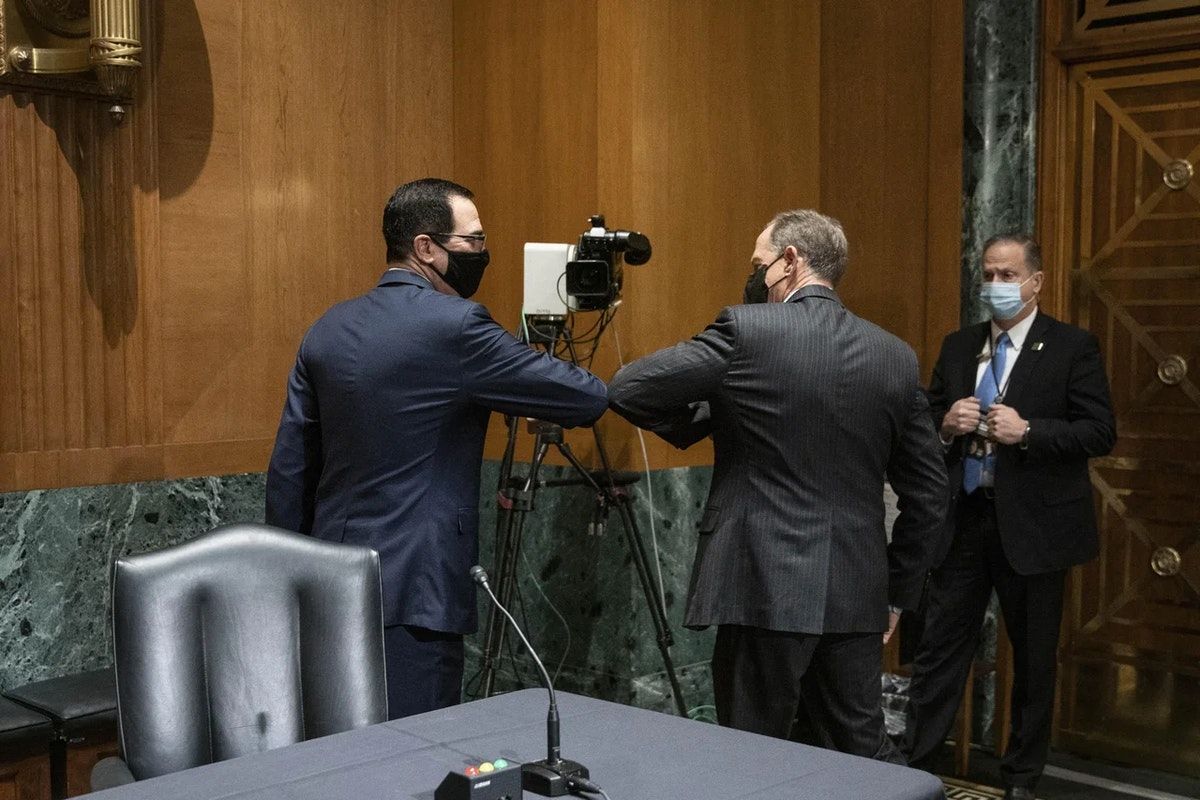 Since Joe Biden became president (and for a week or so beforehand) our economic policy conversation became firmly focused on the new administration’s fiscal policy proposals —  and for good reason. Fiscal policy is the most important lever we have, and the Democratic Party’s paper thin majority provides a temporary (reconciliation-sized) reprieve from fiscal cliffication. Yet, fiscal policy is not the only lever. The monetary policy tools, especially those surrounding state and local government debt, remain usable and capable of contributing to our economic policy mix while vaccine rollout carries on. This may come as a somewhat controversial claim to some readers because of recent events.

The Coronavirus relief package passed in the last days of Donald Trump’s presidency was mostly filled with fiscal provisions. However, it did include obscure provisions modifying monetary policy. How tightly these provisions bind on Federal Reserve programs is a matter of debate  —and legal interpretation — which has so far not gotten the attention it deserves. In this piece, I’m going to lay out what these provisions say. Then I’ll consider all the potential pressure points in its interpretation, which could make its implications smaller and less binding on Federal Reserve actions.

Certain legislators and Trump-era administrators have left Biden’s Treasury and Federal Reserve an awkward starting point for bold monetary policy action. This all started a few months, back when noted “just some guy” and U.S. Senator Pat Toomey along with then Treasury Secretary Mnuchin began to claim that the CARES Act required the Federal Reserve to shut down the “CARES Act” Federal Reserve Facilities by the end of the year. This argument “evolved” into requiring these facilities to shut down in the omnibus legislation. This posed a significant setback for responses to the Coronavirus crisis in 2021. Specifically, the legislation states that:

In other words, this provision shuts down the facilities that were started to respond to the Coronavirus Depression.

For those who do not recall, section 4003(b)(4) of the Cares Act is the section authorizing 454 billion dollars worth of “investments” in Federal Reserve crisis facilities, a provision I’ve characterized as an accounting gimmick from early on, a view I rearticulated late last year.. Another provision removes the Federal Reserve’s ability to modify the terms of these facilities in any way, except to “minimize costs to taxpayers that could arise from default”.

From my point of view, none of this effects the ability of the Federal Reserve to engage in emergency lending. As I said the last time I wrote at length about these issues, section 13(3):

does not define “taxpayers”, “sufficient” or “security”, and clearly leaves it to the Federal Reserve’s judgment what is “sufficient security” for its emergency lending programs. There are multiple interpretations of all three of these terms, some of which would make this accounting gimmick unnecessary.

The problem is, members of congress (as well as important members of the executive branch) clearly believed it was necessary. We know this because they … included 4003(b)(4) provisions in the first place. Thus, there is a political (if not a legal) barrier to starting new emergency programs that fill the gap left by the old CARES act facilities. This is compounded by another provision in the December Coronavirus relief provisions.

First though, let’s review some history. The Treasury has a long history of using discretionary financial powers for financial stability reasons. The powers it has conventionally used have come from an obscure relic of the Bretton Woods era called the “Exchange Stabilization Fund”. This fund was originally meant to buy and sell foreign exchange. This was pressing at a time when there was a global system of managed fixed exchange rates. Since that era, these powers have been used multiple times, including to “bail out” foreign governments and domestic financial institutions. In fact, a number of the facilities the Federal Reserve started during this crisis “relied” on Exchange Stabilization Fund “investments”, before the CARES Act was passed. Thus, if you do subscribe to the theory that Federal Reserve 13(3) facilities require treasury investments and/or guarantees, losing access to CARES act appropriations is not a deal breaker.

Anticipating this point, the December modifications also limit how ESF “funds” can be used. Specifically, the text says:

(B) EXCEPTION.—The fund established  under section 5302 of title 31, United States Code, shall not be available for any program or facility established under section 13(3) of the Federal Reserve Act (12 U.S.C. 343(3)) that is the same as any such program or facility in which the Secretary made an investment pursuant to section 4003(b)(4), except the Term Asset-Backed Securities Loan Facility.’

Again however, the legal limitations this imposes are quite limited. As with 13(3) itself, the phrase “the same as” is not defined and can fit a wide variety of interpretations. This matters more as a political signal. Will Janet Yellen’s Treasury encourage the Federal Reserve to establish another state and local lending facility with terms differing from the Municipal Liquidity Facility? Or will she take this provision as a political sign to avoid doing so. It’s hard to say, but indications so far are not encouraging.

There doesn’t seem to be serious discussion regarding the Federal Reserve engaging in more 13(3) actions in 2021. Meanwhile, Secretary Yellen stated at her confirmation hearing that:

The Federal Reserve will continue to provide support to the economy through its ongoing programs and the use of its available tools but as mandated by Congress, the 13(3) facilities funded by the CARES Act will not be available.

While not technically removing the possibility of creating new crisis facilities, Yellen’s lack of clarification on this point suggests that the Biden administration is looking purely at congressional fiscal action. They will not be looking to crisis facilities to fill in any gaps. Or at least, have given no indication they will.

I do not think that even President Biden’s state and local funding request (which can easily be negotiated down by congress) justifies such complacency. Thousands of people have been dying each day. Even as the vaccine rollout makes shutting down more attractive, not less, state and local governments continue to pursue death-drive marches towards loosening restrictions and indoor dining. A very aggressive Federal Reserve program has the power to disrupt this process, and save many lives.

In sum, whether it is pushing forward with ‘similar’ programs and Exchange Stabilization Fund investments, reinterpreting 13(3)’s many undefined terms to avoid the necessity of crisis facility investments or utilizing 14(2)(b), the Omnibus Appropriations legislation that provided Coronavirus Relief hasn’t appreciably limited the Federal Reserve’s ability to respond in crises. They can still act decisively at this point, and in response to future crises — at least by the letter of the law. But the danger is that it has, along with the vaccine rollout, curbed the Federal Reserve’s political interest in engaging in credit policy.

This is a danger that can still be avoided —but we’ve now lost precious weeks, and could lose many more.