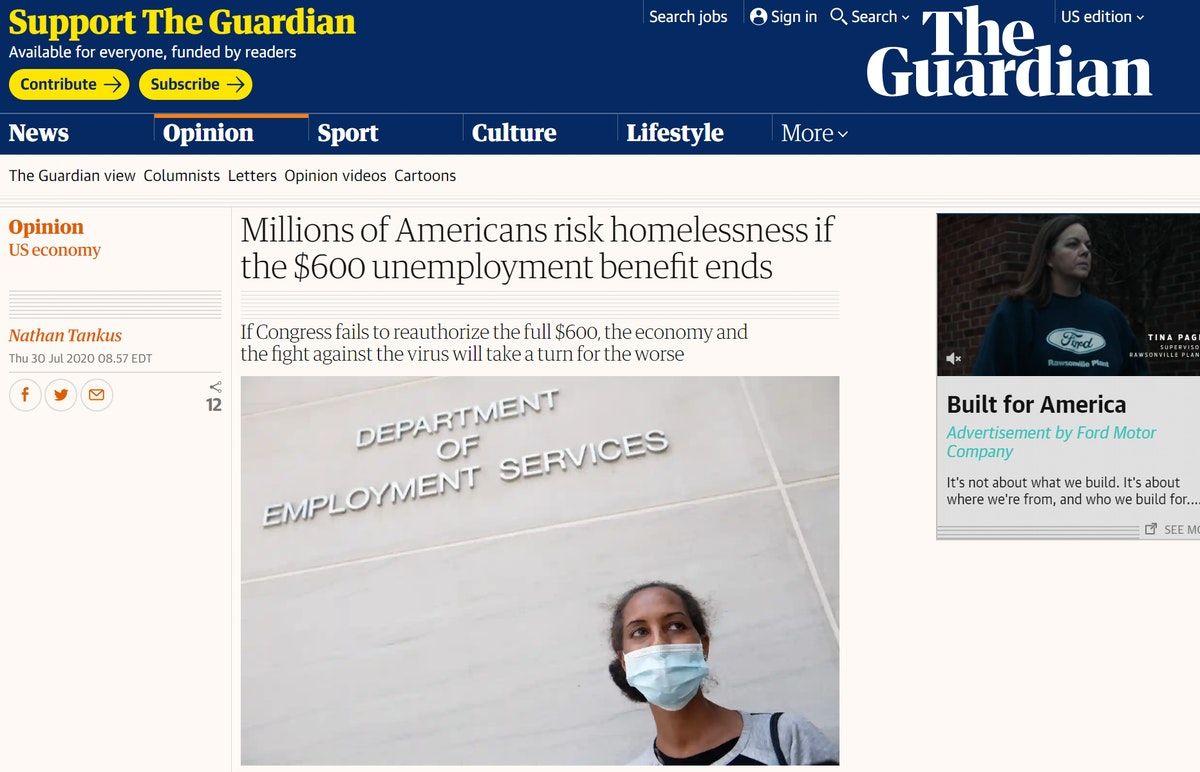 I’m excited to bring you my opinion piece in the Guardian on the urgency of reauthorizing the expired unemployment benefits. As you know, my ability to write for these broader outlets is made possible by paid subscriptions at Notes on the Crises. It is your support which allows me to devote time to having as much influence on public policy as I possibly can. That means Op Eds like this, off the record conversations with congressional staffers and more. In the Op Ed I discuss some of the IT issues with trying to modify unemployment benefits. I’ve hired a freelance investigative journalist and will be producing much more detailed in-depth coverage of this issue. I would love to have him work on that story on an ongoing basis, but can only afford to do so with additional financial support. With that, enjoy the Op Ed!

On 27 March Donald Trump signed the Cares Act into law, Congress’s main sweeping response to the economic depression which was induced by coronavirus. There are many problems with it, but one truly exemplary part of the legislation was the federal addition of $600 dollars a week to unemployment benefits. The United States historically has very ungenerous unemployment benefits. With tens of millions of people becoming unemployed, many households would be facing foreclosure, eviction and worse on those skimpy unemployment benefits. Instead, for those actually able to receive their benefits, the additional $600 dollars a week has made unemployment compensation a livable income and helped many people survive these difficult times.

This policy is all the more amazing because it was accidental. The original proposal for increasing unemployment insurance was to increase the “income replacement rate” of unemployment compensation to 100%. In other words, Congress initially intended to simply make sure that everyone was paid unemployment compensation equal to their previous average wage income. Congress changed the proposal to adding $600 dollars a week when it became clear that increasing the replacement rate was not something that state unemployment insurance systems could implement with their aging, understaffed and underfunded information technology systems. $600 dollars a week is approximately the amount of money it would take to bring the “average worker” up to 100% replacement of their income.