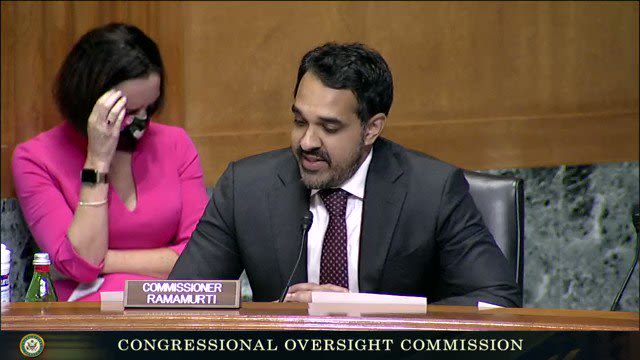 Errata: Shortly after publishing the original version of this piece, a helpful reader pointed out that a claim made in it was technically true but substantively misleading. A significant portion of the original piece was based on this technically true but substantively misleading research  and as such, I decided to unpublish this piece and republish a significantly revised version. I apologize to readers for my error. I endeavor to avoid mistakes of substance and think I have avoided them in Notes on the Crises in the past but errors will sometimes slip through. I will redouble my efforts to do so in the future and try by best to avoid ever having to unpublish a piece again.-Nathan

Since the CARES act passed in late March, there have not been any more major fiscal packages passed through congress until this week. I’ll be writing about this second fiscal package in more detail later this week.

Since no substantial policy changes have been in the works until quite recently, the more abstract questions about fiscal policy — how effective it is, how you decide how big fiscal packages should be — has been pushed into the background for most of the 2020 crisis.

Meanwhile, because of promising vaccine news (as well as a deep desire to avoid the present), financial market journalists, participants and scholars are jumping ahead to an optimistically predicted “boom” in the summer of 2021. I think these discussions are very premature.

In short, it's become clear from a number of different angles that the notion that fiscal support to the U.S. economy remains wildly inadequate will become more controversial in 2021. As this package starts impacting the economy and the prospects of a true reopening driven by a vaccine starts to seem like more of a reality (even if it ends up being a mirage), the discourse about austerity and worries about inflation will become louder. No one doubted how deep the crisis was in December 2008 but passing a large fiscal package became much more controversial in 2009. Political and intellectual winds can shift fast. In this context I want to step back a bit, and cover some more basic and abstract points. In this “lameduck” period before the next inauguration, we have some time to make fiscal policy somewhat more understandable. But we need to watch out for missteps in the fiscal policy conversation that happen in Biden’s critical first 100 days.

The most critical concept that gets utilized in modern public policy conversations about fiscal policy is the “fiscal multiplier”. In the video above, you can see Bharat Ramamurti of the CARES Act Congressional Oversight Commission embarrass a right wing witness over his misrepresentation of other people’s research. In the clip, what they are essentially fighting over is how “large” or “small” fiscal multipliers are — for both state and local government relief.  And yet, what the fiscal multiplier fundamentally is does not get explained. Nor is the importance of “large” and “small” multipliers spelled out. Why should we care what the size of this “multiplier” is.

The fiscal multiplier is one of the most famous ideas that appeared in John Maynard Keynes seminal book The General Theory of Employment, Interest and Money — perhaps the most famous single idea to make it to modern thinking. The modern form of a fiscal multiplier as used in public policy is defined by the Congressional Budget Office. In their formulation, there are two important fiscal multipliers. One they call the “demand multiplier” and the other they call the “output multiplier”. The demand multiplier is multiplied by the “direct effects” on demand to tell us how much total income across the economy (The “gross domestic product”) responds to additional spending. So, for example, if the government paid to build a hospital then the “direct effects” would be the total amount of money spent on the wages, inputs and other currently produced goods and services needed to build the hospital.

The “demand multiplier” is thus all the secondary increases in spending (and thus income) that emerge because of that “direct” increase in demand. This can be hard for people to wrap their heads around but it may be easier to grasp when you realize that everyone’s spending is someone else’s income. When your boss pays you, he’s making an expenditure. When you pay someone else, you’re making an expenditure. To that person, what you are paying them is their income. This web of payment relations mean that when spending increases- either because a company builds a factory or a government pays for vaccine distribution, incomes increase. Meanwhile people with higher incomes generally spend more, even if they don’t spend their whole increase in income. This is fundamentally where this secondary or “multiplier” effect comes from. We will of course return to this concept multiple times later in the series.

If one knows the direct effect of a particular spending project on demand plus the demand multiplier then you can calculate how much total income will increase. Yet the equation above combines the “direct effects on demand” and the “demand multiplier” into what it calls the “output multiplier”. Why does it do that? In order to multiply this “output multiplier” by the “budgetary cost of a change in fiscal policy”. This is important for policymakers who want to increase overall demand for as few dollars as possible. If you think that the limits on fiscal policy are some metrics for how much you can safely “borrow” rather than spending’s effect on employment, inflation or the trade deficit, then it is important that you don’t “waste” your budget on things that don’t increase demand by substantial amounts for each dollar appropriated. Thus if the output multiplier is small a policy will not be worth it to the budget conscious even if the demand multiplier is large- or predictable. This is why it's so important to Bharat Ramamurti in the above clip to establish that fiscal multipliers for state and local government aid in this crisis are larger than the witness was claiming. The smaller the multiplier, the more unappealing it seems to policymakers. This is a point that we will return to later in the series.

This inclusion of what the CBO calls a “budgetary cost of a change in fiscal policy” leads to significant issues in public policy analysis because it is ambiguous what the relevant “change in fiscal policy” is. For example, if congress appropriates 10 billion dollars for the construction of additional public schools should that total amount be considered the “budgetary cost” even if it is not expected that that 10 billion dollars will be doled out by the department of education in that single year? There is a danger of making policies look worse than they actually are by comparing what is effectively a multi-year budget to a yearly effect on demand. In a future part of this series we will examine this critical point when it comes to thinking about the government’s role as creditor and policies- such as student debt cancellation- where output multipliers can vary by extremes depending on what methodology you choose.

I know that that was a lot to absorb from one piece and don’t feel dismayed if you feel that you are missing important elements of what’s been discussed. We will be going over important points multiple times. Part Two in this series will be coming next week since there’s a number of things about the current Covid Relief package that I will need to cover in the next few days… including apparently Trump’s potential veto?? Try to enjoy your holidays with everything going on and please stay safe.