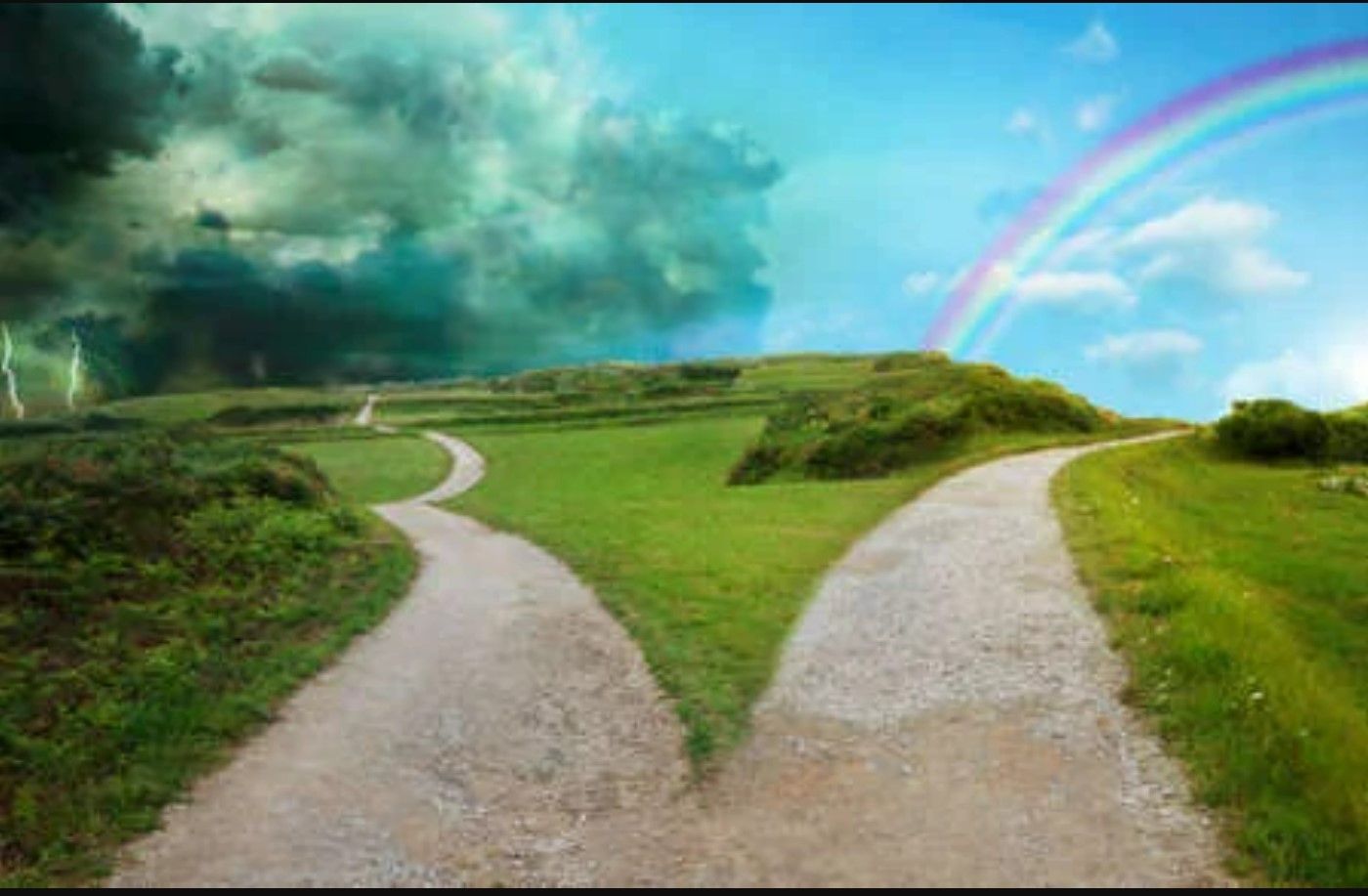 Last Wednesday the Biden Administration announced a number of changes to how student debt would be treated by the Federal Government. They all were important, but the change attracting the most attention was canceling ten thousand dollars of student debt of each borrower who made less than one hundred and twenty five thousand dollars. They also canceled an additional ten thousand dollars for each student debtor who was a Pell Grant recipient. Among other things, this announcement is important because canceling all student debt has been a key demand of many activists. Cancelation began as a demand of Occupy Wall Street’s “Strike Debt”, a predecessor to the “union of debtors” called the Debt Collective. It is well known that I’m an advocate of full student debt cancellation, but today’s piece will not be about why I think that’s a good idea. Instead, I want to focus on an analytical point which I think is being seriously overlooked.

Let’s start at the most basic level. A person who is interested in going to college but is not yet in college does not start out in student debt. They send applications to prospective schools, and at the same time they fill out the Free Application for Federal Student Aid (FAFSA). This application tells students how much of a Pell Grant they qualify for, based on their parents’ income (or their own income if they are older than 23, or have some other qualifying reason that makes them an “independent student''). It also tells them how much student credit they qualify for. They go through this application process every year.

When those loans are taken out — i.e. when they tap their student credit — they get an asset, a bank deposit, and a liability, their student debt. They may not even directly receive that bank deposit. Instead, it might go directly to the school or university they are attending. In either case, some large portion (in many, many cases, all of it) of that student credit becomes income to the school, or university they are attending. Even what does not go to the school is, in a larger sense, a subsidy to higher education. That’s because those students need to cover their basic living expenses, in order to be able to continue attending school.

From the moment that students pay their tuition (and possibly room and board) with the proceeds from their student loan, the university has received the subsidy they get from the student loan credit program. The student now has a debt load but very soon after, maybe even instantaneously, after the loan is made the student credits have parted ways from the student debt. The Student is left with debt, and the school is left with income. If this were simply a direct subsidy paid out to schools for providing students education, everything would be the same — except the student would not have debt, and this transaction would be officially booked as government spending. However, the school’s income would be exactly the same.

None of this means that students don’t get any benefits from the proceeds of student loans. They are, after all, choosing to go to school. At least at the beginning of the process, they have some sort of belief that this is going to make their lives better. But the benefit they receive from student loans is certainly not anywhere near equivalent to the face value of the loan, let alone the interest bearing payments they will need to make for many years to come. Meanwhile, the benefit that universities are receiving from the student loan credit program is something near the amount of student loans made each year — i.e. the fraction that becomes its income.

When most members of the public (we’ll get to the economists in a second) say that student debt cancellation is a “subsidy to higher education” I think they are envisioning that cancellation means that all that money retroactively becomes a subsidy. They are thinking to themselves “well this means that money wasn’t really a loan, which means we’ve given hundreds of billions to universities”. Instead, what I am saying here is that student debt cancellation is revealing a multi-billion dollar subsidy. A subsidy that was originally “off-balance sheet” but long ago “went out the door”.

Let’s be very clear on who this policy helps out. Unburdening former students does not change anything for the school. They’ve got nothing to do with the schools they attended. Struggling former attendees are not much more than a public relations problem for colleges and universities. Revealing this subsidy through debt cancellation is an explicit goal of the activists who are pushing this. I think the public reaction to cancellation actually happening is illustrating that it has made people much more aware that higher education has deep problems. It’s now clear that higher ed needs to be regulated much more vigorously, since we’ve been handing its more than many billions more dollars each year than we realized.

I know there are economists reading this who think what I’m saying is obtuse. They are bubbling over with the sentiment that I just do not understand. Specifically, they do not care about the past (which is what the piece so far has been about). To these economists, what is significant is looking to the future. So when I say that student debt cancellation isn’t a subsidy to higher education because it was the student loan credit which became higher education’s income, they get frustrated. They think to themselves: “Yes, but this is going to get more people to attend college in the future”. More precisely, students may take into consideration that their debts will simply be canceled and take out more student loans than they otherwise would and attend higher tuition schools than they otherwise would.

I think this sort of response is misguided for two reasons. First, it overrates the “forward looking” behavior of college students. Morespecifically, it makes the possibility that there will be a convenient Democratic Party administration, who is willing to cancel more student debt a far more predictable eventuality than it is. The people in their twenties who I know are much more likely to be indifferent to taking on student loans, whether because of future climate catastrophe, or the Republican party successfully ending democracy than faith in a future Democratic administration.

Second, and more fundamentally, this response misses that even if students tap greater amounts of student credit in the future, it is still the student loan credit program that is providing the subsidy. Without the program, cancellation would have no avenue for influencing future student’s behavior. Student debt cancellation may induce significantly more people to seek college — though I am doubtful. But either way, it's still the credit program providing the subsidy. Furthermore, the vast, vast majority of this subsidy was going to go out the door, whether student debt was canceled or not.

Finally, it is much more likely that another change the Biden administration announced will induce greater student attendance than outright cancellation — changes to the Income-Based Repayment program. Since the mid-90s a series of successive administrations — making it a bipartisan project- have introduced increasingly “generous” programs for making student debt payments based on income rather than debt loads. They have done this out of recognition that vast swathes of this debt is unpayable but an unwillingness to politically admit that because it would be a fundamental challenge to the higher education policy status quo.

After 20-25 years of “income based” payments, the remaining loan balance is canceled. In 1994 they started out needing to make payments equal to  20% of “discretionary income”, then lowering it to 15% in 2007. The Obama Administration in turn lowered it to 10%. The Biden administration is now lowering it to 5%. If prospective students understand the meaning of these IBR changes — and if they are confident that they will continue — then the size of the loans they take out are increasingly irrelevant, as long as they “only” have to pay 5% of their income. This is a forward looking policy change, and so it's much more likely to impact students' calculations about how “worth it” it is to take on student debt. On the other hand, students who take out eye-watering amounts of debt on the promise of income-based repayments may have a much more difficult time documenting their income, working with servicer companies and staying in the program each year than they realize.

The changes to Income Based Repayment highlights that student debt cancellation is coming in one form or another. It will either be immediate and politicize higher education finance, or it will be delayed, hidden and depoliticized under IBR. It will also involve far more burdens to student debtors. In this sense, there are two competing political instincts in Biden’s policy changes. One is the activist instinct to cancel debt now while the other is the technocratic instinct to hide cancellation in the future. Whether the debt is canceled now, or canceled later, the subsidy to higher education is already going out the door. It would be going out the door whether policy changed or not. It is crucially important to think about student loan credit and student loan debt as two very different things, even if they start on the same road.