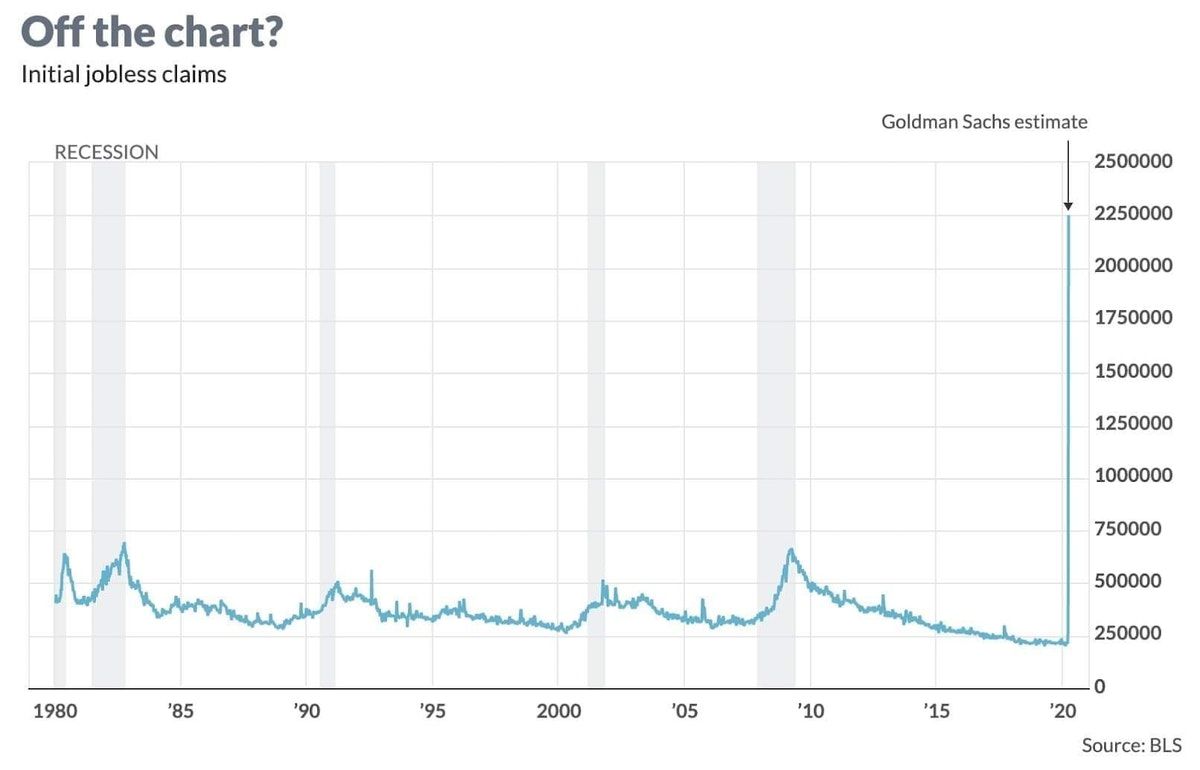 A common response to our current pandemic-induced crisis has been the oft-repeated refrain that “we were heading to a recession anyway”. People have different theories for why this is the case- bubbles, tax cuts and worker insecurity- but the common theme is some bad action in the past means a recession is coming in the future. I think this is very wrong. We were not, in fact, close to having a recession. Unemployment was very low and the employment to population ratio for workers 16-64 was rising steadily. I don’t believe, as Trump does, that the economy was “booming”. However, employment and wage growth were in their best position in many, many years. Corporate debt had ticked up over the past decade but it was not anywhere near the dangerous levels of household debt before the Global Financial Crisis.

Something may have eventually emerged to cause a recession but there was no sign on the horizon except the pandemic itself. Trump’s tax cuts increased inequality but they didn’t drain income from spenders and on net likely improved the balance sheet position of corporations (though of course they conducted more buybacks than they should have). Corporate debt could have been lower, wage growth could have been better and asset prices could have been lower but none of these things make recessions much less likely. They certainly don’t mean that a pandemic couldn’t still have induced a depression. Spending less in the past would have just raised unemployment then, not protected us now.

This system isn't fragile because of "bubbles" or any exorbitant spending or "trickle down", it's fragile because we haven't designed systems to respond to crises. we could have not had any of those things and we'd still be vulnerable to this crisis. This is the point where someone like Paul Krugman would say “Economics isn’t a morality play”. I won’t, because I don’t necessarily agree with that. But what bothers some of us the most- rich people getting things, asset prices rising, large military spending and corporations getting bailed out don’t actually cause the fragility of our system- at least not in any direct and straightforward way. Our system is fragile for specific and direct reasons- we don’t have the infrastructure to respond to crises.

We don’t have an indefinite mandatorily funded Medicare for All system which quickly and proactively responds to crises. We don’t have a legally enforceable right to a job. We don’t have government bank accounts for all residents of the United States (but hopefully congress will pass Tlaib’s bill and change that). We don’t have a system for providing grants to every business in the United States. No amount of money going to where we don’t think it should have gone reduces our capacity to create this infrastructure and preventing the wrong people from getting the wrong amounts of money wouldn’t have created that infrastructure. We need the votes in congress- no more but no less. The immorality is that we don’t have this infrastructure and people have already died because of it. Our failure to help everyone is a far greater sin than some people disproportionately benefiting.

What worries me the most about this kind of thinking is many who seem attracted to it don’t seem to realize how unprecedented a crisis this is. This is no mere recession. This is not even the Great Depression. This is the largest, fastest economic crisis that has ever happened. We’re hanging on a precipice and we need 3.5 trillion dollars distributed to households at a minimum- let alone the support system we need for businesses. The estimates for how many unemployment claims we’ll have from this week is so high that the 2008 peak barely even registers as a blip in comparison. This is the biggest crisis we’ve ever faced and we need quick responses with trillions out the door now. We weren’t necessarily going to experience a recession any time soon but we’re in a depression now and we need to respond accordingly.

P.S. For those looking for more analysis of the Federal Reserve and monetary operations coming out of this crisis, I’ll have a few posts up on that next week.

P.P.S. Thank you to the first paid subscriber I got today! I really appreciate your faith in me as I get this substack going. I hope more will consider subscribing to support putting out these free posts. I’ll start doing premium content a month from now.