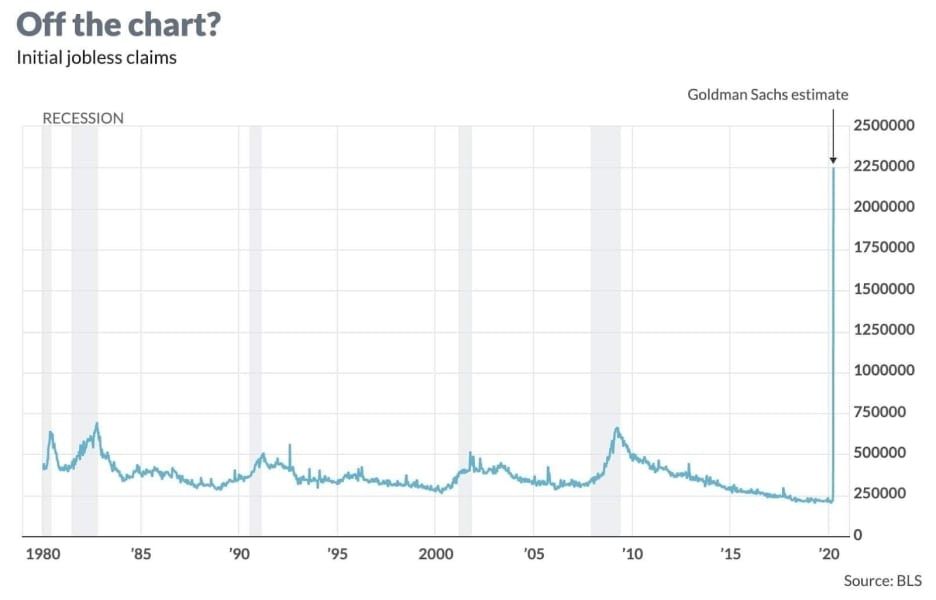 This is a break from our regularly scheduled programming to celebrate one month of publication. I’ve been so, so thrilled with the response. As of writing this I have 2250 free email sign ups and a very substantial number of paid subscribers (I will be keeping this number confidential as it is obviously my income). I, in fact, hit another paid subscriber milestone this morning. I’ve been so totally overwhelmed with the amount of support I’ve gotten over the past month and can fully commit to doing this as a full time job from now on.

I’ve gotten an absurd amount of mainstream press coverage as well. I was on the Bloomberg television show “”What’d You Miss?”. You can hear the audio from their weekly round up podcast here. I was quoted in two Bloomberg articles. One by Luke Kawa and the other by Matt Levine this week, who engaged in detail with my argument for suspending buybacks and dividends during the Coronavirus crisis. I was quoted in Fortune Magazine discussing the Trillion Dollar Platinum Coin. Dave Dayen quoted me in his newsletter for the American Prospect on the accounting gimmick in the CARES Act. John Cassidy cited me in his New Yorker newsletter on Federal Reserve crisis facilities. Last, but not least, Jeff Spross quoted me in The Week.

Most Crazily to me, my proposal for central bank swap lines provided to the IMF made it into former British Prime Minister Gordon Brown’s letter- along with dozens of former world leaders- to the G20. The substack got its first academic citation by Professor Mehrsa Baradaran in a paper on rethinking financial inclusion. I also got cited in a letter to Federal Reserve Chairman Powell by congressman Bill Pascrell Jr. I also got an enormous and overwhelming amount of praise on twitter. I don’t think I captured it all, but here is quite a lot of the most notable praise:

A special note that Bharat was subsequently appointed to the Oversight Council of the CARES act.

This level of media coverage and praise is extremely rare. Many journalists would kill to have this much attention and praise for their work in a year- perhaps multiple years- and I’ve received it in a month. Clearly there are a lot of people out there who think what I’m doing is worthwhile and want me to be able to continue doing it. I’ll be forever grateful for that, whatever happens next. In order to ensure that I can produce consistent posts for this substack, I’m going to slow down to 3 posts a week. 2 of those posts will remain free, while 1 post will be a premium post which is only accessible through a paid subscription. This rate also allows me to devote more time to each post, and to get posts edited by others.

If paid substack subscriptions begin to bring in revenue that is substantially beyond a living income, I will increase the number of posts by paying coauthors or guest contributors with similar perspectives to my own to write with me and/or for me. Currently, I think my schedule will be to continue the #MonetaryPolicy101 series on Tuesday, have another free post on Thursday and then post premium posts on Saturday. In addition to this 3 post schedule, I will be writing things for external publications which I will post here and when a surprise announcement happens, I’ll rush coverage of it. It is only your support here that makes regular writing for external publications possible and so I encourage readers to think of this as part of what they’re getting when they take out a paid subscription to the substack.